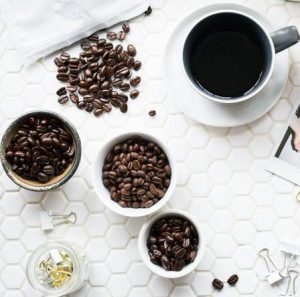 Do you drink coffee every day and wonder if it’s doing you more harm than good? Early research about the negative effects of coffee has given coffee a bad reputation, but in recent years, researchers have published many articles supporting the health benefits of coffee.

A Major Contributor of Antioxidants

Coffee is a major contributor of antioxidant consumption in the U.S. Antioxidants can come from several different types of foods, such as berries, spices, and several other plant-based foods. Unfortunately, most Americans do not eat enough of these foods on a daily basis. With over 62% of all Americans drinking at least a cup of coffee on a daily basis, coffee has become one of the leading contributors of antioxidant consumption in the U.S.

Several studies have linked coffee consumption with decreased risks of certain diseases. Some studies have even found that drinking a moderate amount of coffee can slow down disease progression and lessen symptoms. There are several studies researching coffee’s effects on other diseases, but the four more prevalent diseases that have been sufficiently studied are Type 2 Diabetes, Alzheimer’s Disease, Parkinson’s Disease, and Liver Disease.

Type II Diabetes
In a study published by the Harvard School of Public Health, researchers found that the relative risk of type 2 diabetes was lower in young to middle-aged women who consumed a moderate amount of both caffeinated and decaffeinated coffee than those that did not. Several other studies also support the finding that coffee consumption may be protective against the deterioration of glucose tolerance.

LIVER DISEASE
Coffee has hepatoprotective properties or properties that help protect the liver. Studies have shown that there is an inverse relationship between the consumption of coffee and the levels of liver enzymes. The elevation of liver enzymes usually signifies that the liver is injured or inflamed. Researches found that 4 cups of coffee per day reduced the risk of death from chronic liver disease by 71%. Studies have also found that coffee consumption is associated with lower rates of disease progression in patients with Hepatitis C related liver diseases.

According to an article published in the Comprehensive Reviews in Food Science and Food Safety, the “health benefits [of coffee] clearly outweigh the risks of moderate coffee consumption in adult consumers for the majority of health outcomes considered.” So next time you pick up that cup of joe, know that you’re doing your body good!